as stated by my 2 year old

The Reveal of the secrets within the the cone!

Ice Resin, you beautiful fun product you. I had a crummy day just over a month ago when my children escaped the backyard and left me wildly searching (they were safe and on an adventure through the alleys looking for their lost ball). Worn and emotionally drained, I had to leave the day job early the next day and was in search of some kind of pick me up. I decided the perfect pick me up would be a "junking" of sorts. So off to the Scrap Yard (our local scrapbook store) for a hunt of creative treasures. A variety of buy by the piece, weight and package type store.

Upon entering, I was greeted by store owner, Lori, a friend of hers and 2 baby ducks (3 days old) that had latched on to their new human mommy (Lori's friend). What an awesome greeting to start the pick me up. As the babies left, Lori and I began to chat about the events that unfolded with my kids. We wondered the store talking about dogs, creative projects, seeing some of her Art Venture creations, chatting about her son and his girlfriend. Such a wonderful "get out of my head" experience.

While we chatted I flicked through beads, eyed up ribbon and then GOLD MINE! I spotted some green beads that looked a lot like olives, pillow beads that looked like ice, silver wire bobs that just looked cool. WOO HOO! I know what I want to do for my Sister Vicki's Birthday card.

So Ice Resin ( and Susan) you rock and THANK YOU because magic happened.

1) grab cling film still on backing, roll into a cone and pinch to create a flattened side

2) sit green beads into Raisin Distress ink to create a pimento look. DO NOT drop the bead into the ink, raisin did not come off. I could only lighten it.

3) mix up resin while alcohol ink dries on the beads. then twist wire several times to create a toothpick for the "olives", and string on the beads.

4) place olive stick into the cone and tack in place with a brad. pour in the ice resin to desired height. tilt cone on an angle so the flat back has less resin the the front rounded side.

7) place stencil over the purple tag, smear texture paste over parts of the clock sections. remove stencil and wash immediately while the paste dries. the inked stencil puts perfect distressing across other areas of the tag to minimize the number of steps.

8) ink a black piece of mat black cardstock with emboss it dabber, and dump charred gold embossing powder by emerald creek over the face and heat until it starts melting, (do not heat until smooth), an awesome textured gold trim is revealed.

9) alcohol ink up tacking gold wired ribbon (i mixed raisin and stone washed to get a great purple smear). dry with heat tool and loop through the purple tag.

10) using a glue gun, you need something with a super strong adhesion, hot glue the martini glass to the tag. using Wendy Vecchi clear modelling film to create a dimensional stem. ink slightly with mix from staining the ribbon to help it show up just slightly better then clear (which was almost invisible on these colours). use Tombow glue to stick the film to the bottom of the martini.

base being melted and formed over pliers

11) for the card base us the blackout modelling film by Wendy, its about the only think strong enough to support the weight of the glass. splatter and brush with splatter brush, brushed pewter stain. hot glue gold embossing powder card to black modelling film and then the purple tag to the goldened frame.

12) stamp happy birthday from emerald creek onto a scrap of the black film and hot glue to the bottom. then glue 2 crazy wire bobs along the top of the saying. angle cut the back page of the card to allow it to act like a prop when standing up.

and it's Martini Time! 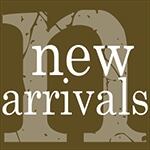 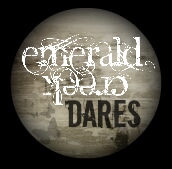 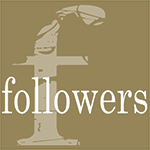 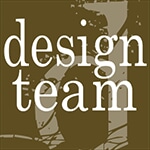